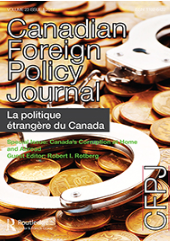 This article explores the Arctic policies of three of the littoral states of the Arctic Ocean (Russia, the United States and Canada), with special attention to that of the Russian Federation to confirm its status as the Arctic regional power. The fact that Russia – not the US – is the hegemon suggests particular courses of action. Using structural theory as the lens, Canada has two choices: it can either bandwagon with the US against a (supposedly) aggressive Russia or balance with a group of periphery states against Russia. Neither is the preferred choice for various reasons, including a reluctant US Arctic player and the special relationship Canada has with the US. Rather, a Canadian Arctic policy grounded in liberal realism would continue to ensure that Canada had the capabilities to monitor the Arctic and provide search and rescue support in cooperation with its Arctic allies (at the very least to share costs), while recognizing that Russia, by virtue of economic imperative, will try to dominate Arctic discussions. Canada’s goal, therefore, must be to maximize Canadian interests, accommodate Russia and the US (when it is in its interest to do so) and keep political attention fixed on the Arctic.