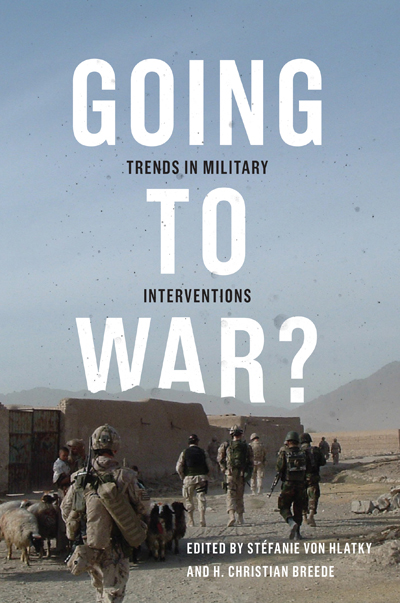 Going to War? investigates the reasons why countries enter conflicts by considering the depth and complexity of issues surrounding military deployments. Showing how such conditions affect future decisions about the use of force, contributors to this volume study recent experiences with military interventions – such as regional flash points, the global financial crisis, and public weariness – to outline the crucial factors that influence wartime decision-making.

Through detailed discussion of threats, capabilities, trends, and the implications of Canada’s and NATO’s military experiences abroad, Going to War? determines that the reasons for warfare have as much to do with domestic concerns as they do with international threats. With essays by defence scientists, established and emerging scholars, and senior military officers from Germany, the United States, and Canada, this volume includes debates on whether the number of military fatalities is being reduced, war’s changing character, and the ways in which the improvised explosive device has and will continue to challenge modern, advanced militaries deployed abroad, especially in Afghanistan and Iraq.

A sophisticated exercise in foreign and defence policy analysis, Going to War? provides clear and vivid ideas on how to optimize future Western military interventions.